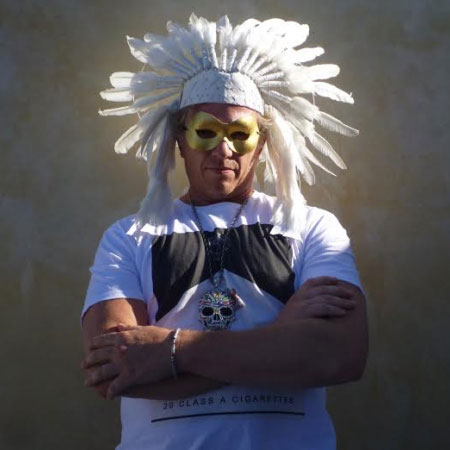 Sunny Albeau, aka The Shamanator, is ol’ skool keyboardist, DJ and band leader of future-funk act RANDOM AXE OF GRINDNESS.
Based in Melbourne, Australia, Albeau has performed a blend of improvised beats, rare grooves and electro funk at festivals and clubs around the world.
Albeau, who combines cutting-edge electro gadgetry with synth instruments like the Hammond organ and other vintage keys straight out of the Roland Museum, will be performing every Friday in February 2014 at Schnitzel N Tits.
“Sunny Albeau has taken keyboard funk and soulful DJing to another level. If you love to groove to rare tunes under the spell of an electro master then this a performer you need to see.” – Urban Beats, NY