10 Ways to Avoid a Hangover 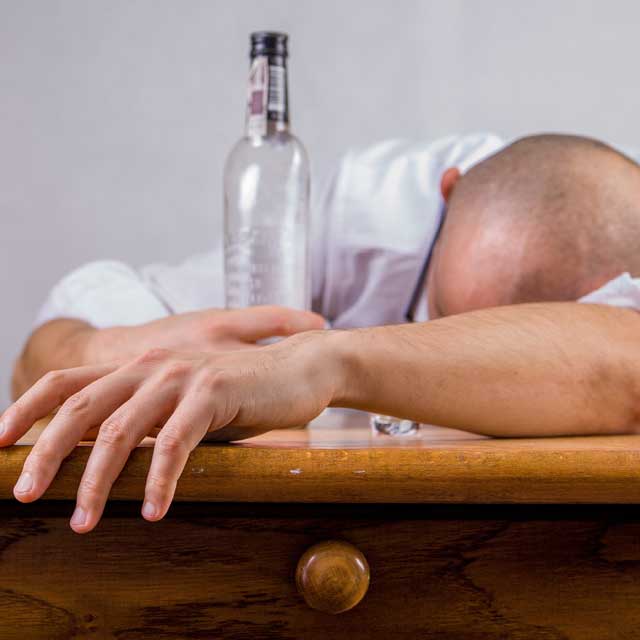 Question: Have you ever woken up with a hangover? Answer: Does a one-legged duck swim in circles? We’ll take that as a yes, then. It was all fun and games when you downed your twentieth beer at 4 am, but a whole lot less hilarious when you wake up feeling like a hammer to the skull would be a five-star holiday. So today’s question is obvious: how to avoid a hangover.

So you may have found yourself here after a large night out with the lads, or maybe a mates bucks night. Let’s not muck around. Your head is pounding. The room is spinning. Tell us how to not get a hangover. Right. Fricking. Now.

“You mean when I wake up?? No, we mean BEFORE. How to not have a hangover? You could always drink cranberry juice all night.

Now you’re talking. If you eat a fatty hamburger or two before you hit the town, it will make it harder for your body to absorb the booze.

And how to prevent a hangover after it’s too late? As soon as you wake up, hit the nausea-curing carbs, fry up an egg, add some honey, and pop a multivitamin.

If they don’t work, the last resort should be the ‘hair of the dog‘ remedy. Too hungover to remember what it means? Grab a beer, mate.

How to stop a hangover if you’re on a diet and you don’t eat fatty food? Try high fibre foods instead, like vegetables. They will also help to break down the alcohol before it hits the bloodstream.

What’s the best way to avoid a hangover and still enjoy a few beverages?

Answer: Once you’re partying, stick with lighter, less flavoured alcohols. The more filtered the alcohol, the less poisonous it will be to your digestive system.

Not sure what ‘congeners‘ to drink? Typically, the more expensive it is, the better your hangover will be.

Not sure whether to go for whiskey or vodka? The best way to prevent a hangover is to opt for vodka. Especially the expensive stuff.

As we hinted at in #4, booze such as vodka, gin, and rum will typically result in a better hangover than, say, whiskey or beer.

6. Stick with one drink

“One drink?!” No, we don’t mean ONE drink. That doesn’t sound like much fun. We mean that if you’re drinking gin and tonic, stick with gin and tonic all night.

Not only will your tummy thank you, but it’s also easier to remember how many you’ve downed.

Loves bubbly champagne but tired of feeling like the living dead in the morning? It could be that the bubbles are expanding the surface area of your stomach, which boosts the absorption of alcohol.

Water works before, during and after your night of drinking. Why? Because boozing dehydrates you, and water – you know – hydrates you (duh).

Juice works really well too, thanks to the booze-burning sugar, while drinks like Gatorade contain much-needed electrolytes.

Apart from the fact that it will take your mind off the hangover, onions are known to speed up the metabolism and therefore burn the alcohol to hell.

If you don’t fancy munching an onion, (lets face it that’s pretty hardcore unless you’re Tony Abbott) at least there’ll be some on your burger in step #2!

It’s always tempting to reach for the Panadol, but try ibuprofen (Nurofen) instead. It’s an anti-inflammatory, so it will get rid of your headache without upsetting your delicate tummy.

If none of that works, WOW! You must have had an awesome night at Schnitzel N Tits! It’s always easy to enjoy a few beers at the best topless dinner & show theatre restaurant in Melbourne, so why not come again, book a ticket or call 1800 808 998 right now?