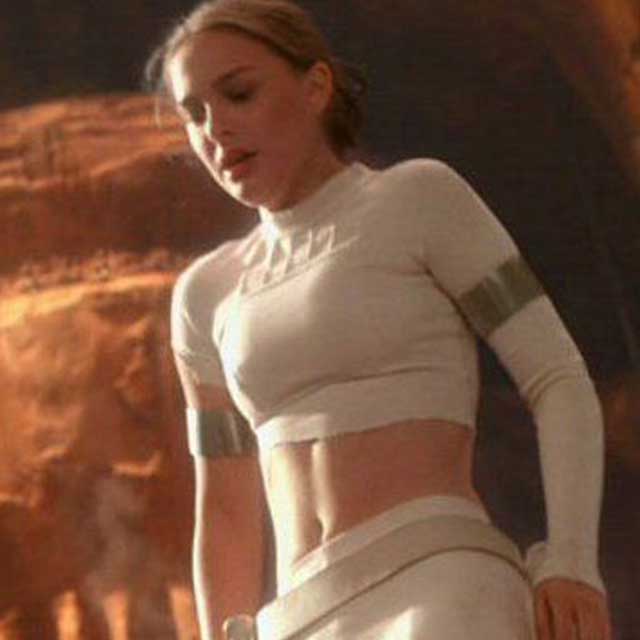 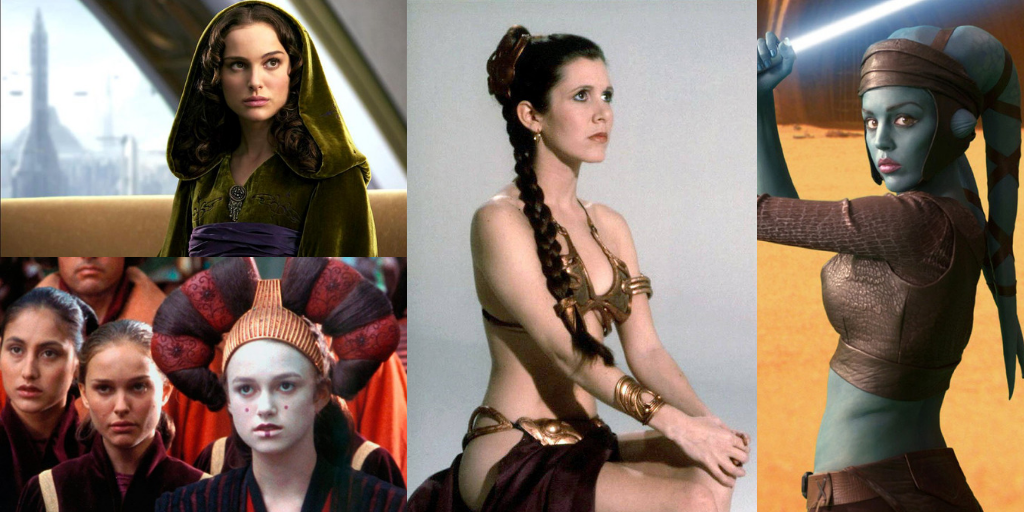 When you say the words ‘Star Wars babes’, a certain pint-sized Princess with a blaster in her hand, buns on her ears and THAT skimpy outfit while chained to Jabba the Hunt obviously comes to mind.

But there are plenty of other strong, amazing and sexy Star Wars female performances and characters in the movies, comics, TV shows, books and comics that all started a long, long time ago in the fertile mind of a certain George Lucas.

Now, we could continue you tease you with a long and boring introduction all about the most incredible and epic space opera in the galaxy … but let’s just get to the sexy Star Wars babes.

Don’t miss out on sexy Star Wars burlesque in Melbourne this May! If you’re from out of town fire up the Millennium Falcon and get down here.

From sexy to super-sexy, we rank our 6 favourite female Star Wars characters:

Did you know that Princess Leia and Han Solo had a daughter?

Her name is Jaina, and like her mum, she is one tough dark-haired fox. Appearing in s spate of Star Wars spin-offs, Jaina successfully killed tough guys like Darth Caedus (Vader’s grandson) as she worked her way up to being the most beautiful of all the Jedi Masters.

Alas, she married Jagged Fel, Imperial Head of State, so she’s off the market.

If you like your space babes blue, this one’s for you.

Played by real-life beauty Amy Allen in Attack of the Clones, Aayla may not be human, but she is a Jedi Master. And she’s so tough that she rescues Anakin AND Obi-Wan – making her one kick-ass babe.

Unfortunately, Aayla was killed when Palpatine ordered the death of all Jedi. If you haven’t heard of Sabe, you’re not alone.

But do you remember that incredibly sexy handmaiden who was Queen Amidala’s decoy and bodyguard in The Phantom Menace? Of course, you do – because under the make-up was the astonishingly gorgeous Keira Knightley. While we’re on the topic of Queen Amidala, let’s talk about lovely Padme.

She was famously played by Natalie Portman and was as regal and beautiful as she was tough – even though her forbidden romance with Anakin Skywalker ultimately led to the dark reign of Darth Vader. Rey was so badass in The Force Awakens that she would defeat and scar Kylo Ren with her bare hands by mastering the Force – with NO training!

This sexy character – the sexiest scavenger on Jakku by FAR – is played by the lovely and sexy British girl Daisy Ridley. What?! You’re surprised that Leia Organa – sexy twin sister extraordinaire and all-round Star Wars heroine from A New Hope to The Last Jedi – is number 1?

The late, audacious and beautiful Carrie Fisher pretty much invented the sexy space babe category, and while a little older for her last appearance in The Last Jedi, we will NEVER forget how she looked when chained up with Jabba in that galaxy far, far away. So that’s our faves – but did you know there are actually DOZENS upon dozens of other sexy Star Wars babes that have appeared across the expansive franchise?

You might even spot your personal favourite at Schnitzel N Tits in the month of May, as Melbourne’s best topless bar and restaurant celebrates international Star Wars Day – May the 4th – every Friday night throughout the entire month. We call it Schnitzel Wars, and YOU’re invited to get up close and personal!