As our Melbourne Institution gears up for it’s 5th Birthday we’re getting a bit emotional about our city. Schnitzel N Tits has a pretty hip and happening mix of staff. We asked them for their pick of cool things in Melbourne. Since all staff immediately replied ‘Schnitzel n Tits‘ we asked for their second coolest picks..

Our event manager Reilly hails from Brisvegas so she’s easily impressed. That said she’s not the only one who nominated Melbourne’s rooftop bars. In addition to well known ones like Toff in Town‘s ‘Rooftop Bar’ (like there’s only one) Reilly is a fan of lesser known Melbourne gems like Sahara on Swanston st. Climb about 5 flights of stairs for reasonably priced African/Moroccan food then sit chill out on the cushions amidst the Melbourne skyline and smoke fruit flavoured tobacco in a Sheesha

The competition for Melbourne’s best Burger has never been fiercer! Our staff were vocal about this one and frontrunners are GoneBurger Pop Up (a food truck currently on Fitzroy St). St Kilda, Burgerlab in Mentone and 8 Bit Fast Food in Footscray. 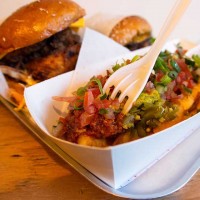 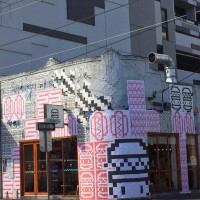 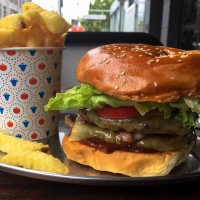 Of course if you want a great burger served with chips and beers by hot babes on a fun filled night with your mates there’s our sister event Burgers n Babes on a Saturday night!!

Melbourne is so famous for this spicy South Vietnamese noodle soup there’s a text messaging acronym for eating it. HPOP (Healing Power Of Pho).

As a tightarse Pho connoisseur I keep returning to the $8 Pho at Green Fields in Brunswick. Second place to I Love Pho, Victoria st Richmond – spend the extra $2 for the large.

Another tasty Melbourne bargain at around $5 are Vietnamese Pork Rolls (Bahn Mi)  – our pick are the grilled pork  at N Lee in Smith St Collingwood..if you arrive between 12 and 1.30 be prepared to queue down the street.

A couple of years ago DeJour could’ve been called a hidden gem – these days it’s the darling of the city’s Northern hipsters. There’s no fancy décor or music. No marketing or  social media presence except a very basic facebook page. It’s one little shopfront and change rooms are small and basic BUT they do a good pair of mens or womens jeans in several different fits and colours for about $50..including free same day tailoring 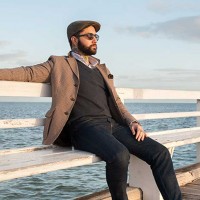 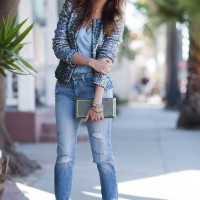 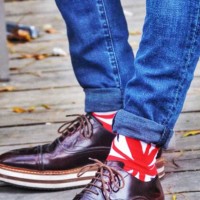 Burgers caused an argument but asking about the best of Melbourne coffee almost sparked a fistfight! Once again have to list 3 frontrunners from the land of the coffee snob..

Switchboard – Holy Hipster Batman! Tiny organic coffee window in the foyer of a retro art deco hotel on Swanston st. A few tables in the laneway out the back

Market Lane – For $12 this place will serve you a ‘coffee flight’- 3 separate porcelain decanters of coffees to taste. Each of the 3 has a numbered card explaining exactly which plantation grew it, on which hillside and the name of their family dog. Also tasting notes like ‘undertones of apricot with a dark chocolate finish’..Pretentious much? It does taste good. Don’t ask for milk here or eyes will roll..

Bar Americano Another little uber hip CBD dealie – can only seat 10 people at a time. Schnitzel N Tits social media guru Kev one of the many who rate their strong coffee.

Believe it or not many Schnitzel N Tits crew have dialled the partying down in recent years. Young and old with fond memories of misspent youth in Melbourne clubs nominated this pit of debauchery as a Melbourne Icon. Bounce up the stairs on a Friday night, stumble down them Monday morning..Revs!

(Told their restaurant Colonel Tans does a decent Pad Thai midweek..huh, who knew?)

There is literally always some sort of festival going on in Melbourne – check out a calendar of mainstream Melbourne Festivals.

The ones with free bands and street party booze ups mostly take place in summer. Best of Melbourne street party festivals listed in this post from the Big Boys Club Blog

There are only a handful of these vintage travelling performance spaces in the world and Melbourne hosts 2. The Famous Spiegeltent is set up in front of the Arts Centre during Melbourne Comedy Festival. The lesser known Wonderland Spiegeltent hosts a range of performances year round in Docklands

Jess, originally from Canberra, nominates Melbourne’s graffiti and stencils as the first thing she noticed when she moved and still loves. Whether it’s one of the growing number of legal graffiti commissioned by business owners, stencil work or colourful outlaw pieces we salute the artists (as opposed to ‘taggers’) who make our city brighter. 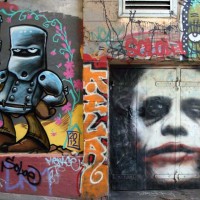 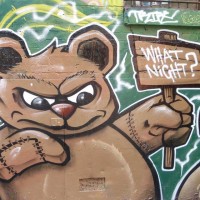 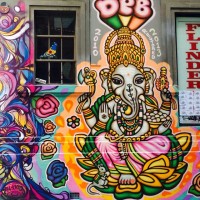